The launch of the artist commission took place with Sian and the group of young people she had worked with to produce her artworks. After the first two sessions, in which the group had shared ideas and given Sian the inspiration she needed to make her sculptures, we split up and worked on individual smaller boxes. Working in a more solitary manner meant that the individuals in the group had to be motivated to create their own work, however without guidance from Sian people were not as driven to do this. It was difficult for some of the participants, as practising artists with their own style of working, to create work in a similar style to Sian and to be restricted to the limits of the Perspex cube. We were all also slightly limited in time so our work lacked the commitment we would like to have given. Continued workshops as a group may have helped this and kept the initial energy of the project going. As a couple of people were not engaged in this part of Sian’s commission, they did not produce any work. However, we had all featured in Sian’s own work and our conversations had inspired what she had done so the people who hadn’t produced their own boxes did not feel at a loss.

“Considering a big part of Gen Art has been about getting young people involved, and I think that’s the reason we were part of the artist commission at all, I think it would have been nice if the boxes we had to use were the same as the artist’s. Even though the boxes we used for our main pieces were bigger than the ones she gave to us to practice on, they were still very tight to work inside. Sian’s boxes were huge by comparison, which almost implies that our boxes weren’t as important. It would have been nice to feel like we were working in collaboration with Sian, rather than just being part of her commission. Maybe young people could have worked on one or two of Sian’s bigger boxes and Sian could have created work using one or two smaller ones. That way we would have all had the same materials at our disposal, which would have drawn up a nice comparison between the quality of a professional artist’s work and our own work as young people; which is something that the artwork in Gen Art has already scratched the surface of in visitors. Not only that but it would have given us the freedom to work to a scale that suited us.

It would have also been good to have time creating our works alongside Sian in a workshop environment. We had some meetings about what the project would be and then we were given about two weeks to complete them in our own time. All of us have pretty full schedules so we could have done with designating some time-slots for getting creative. I would have enjoyed discussing ideas and influencing changes as we went.”

Although working alone meant that a lot of the group lost engagement in the process, it also heightened the sense of excitement when all the works were brought together for the launch. For most people, it was the first time we had seen each other’s work and all of Sian’s completed sculptures. Sian really encouraged everyone to take part in the curatorial process and make decisions about how and where they wanted the sculptures to be displayed. This stimulated group discussion and reinforced the sense of collaboration. Putting our works together gave the young people the opportunity to work with a practising artist in a new way and feel part of an artistic unit. There was a feeling of pride amongst the group as the artworks were displayed and members of the public were drawn into Soft Touch and New Walk Museum to find out more about the work. People’s interest in the sculptures and the open, public exhibit of the young people’s artworks enhanced the value of what we had all created and made us feel part of the whole GenART exhibition.

The attendance of reporters and photographers from local press gave the launch a sense of excitement and contributed to the young people’s pride and feel that the work presented a positive image on young artists in Leicester. 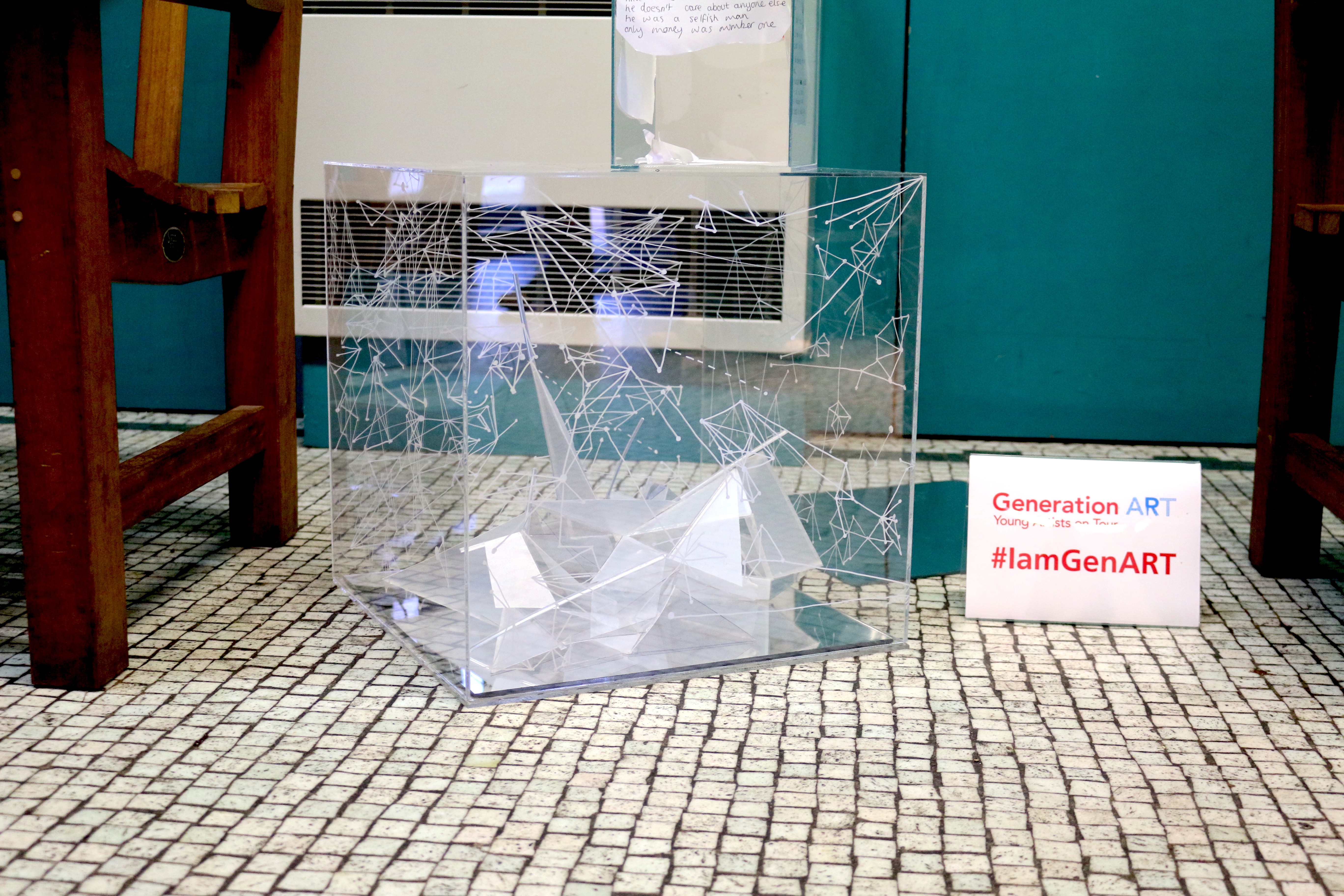 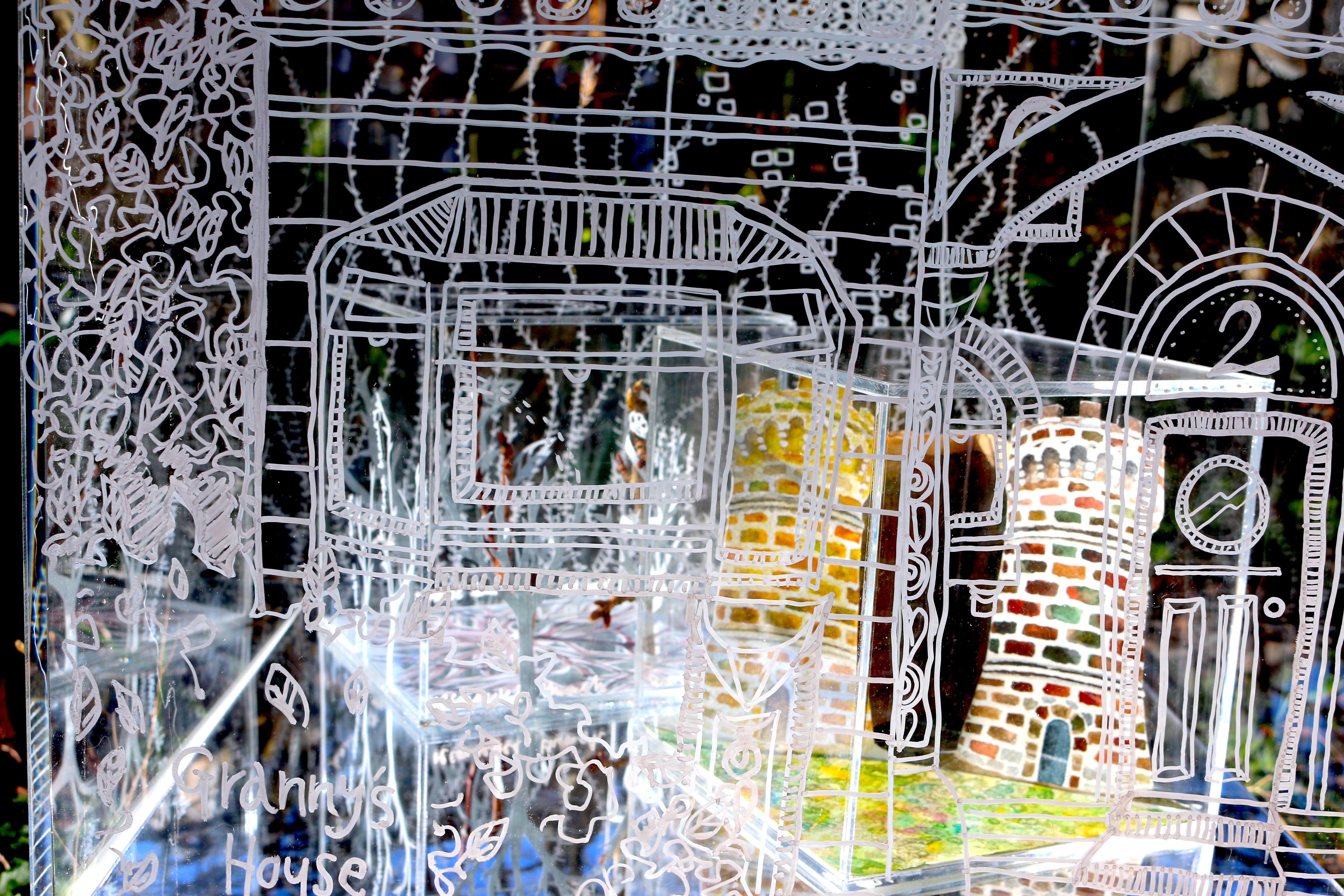