A group of young people, who all have various learning disabilities, came from Leicester College to take part in a workshop organised by Soft Touch. The workshop involved studying the artworks ‘Feeling Stones’ in the GenART exhibition and having a look at the words that had been stamped on them. The group all enjoyed holding the stones and working with them in a more tangible way than looking through a Perspex display case. They were also very interested in the rest of the exhibition and independently looked at the other artworks on display. Although the session was lead by members of Soft Touch and Leicester College, all the individuals were very happy to explore the exhibition freely and talk about the artworks amongst each other and to members of staff. Though several of the young people had difficulties in communication, they responded enthusiastically to the artworks on display and the tactile elements in many of the artworks.

We asked the group if they could recreate their own ‘Feeling Stones’ and gave them all a lump of clay to work with. Initially, some people felt uncomfortable about touching the clay but once they were given gloves to wear they were all really engaged in the workshop. The participants responded very creatively and each produced their own versions of the stones. Due to their difficulty with language and communication, some people needed guidance with the messages written on the Feeling Stones and were lead with picture prompt sheets of emotions and activities. This enabled them to take part in all aspects of the workshop and every member of the group, although with varying abilities, to produce work as part of a collection. 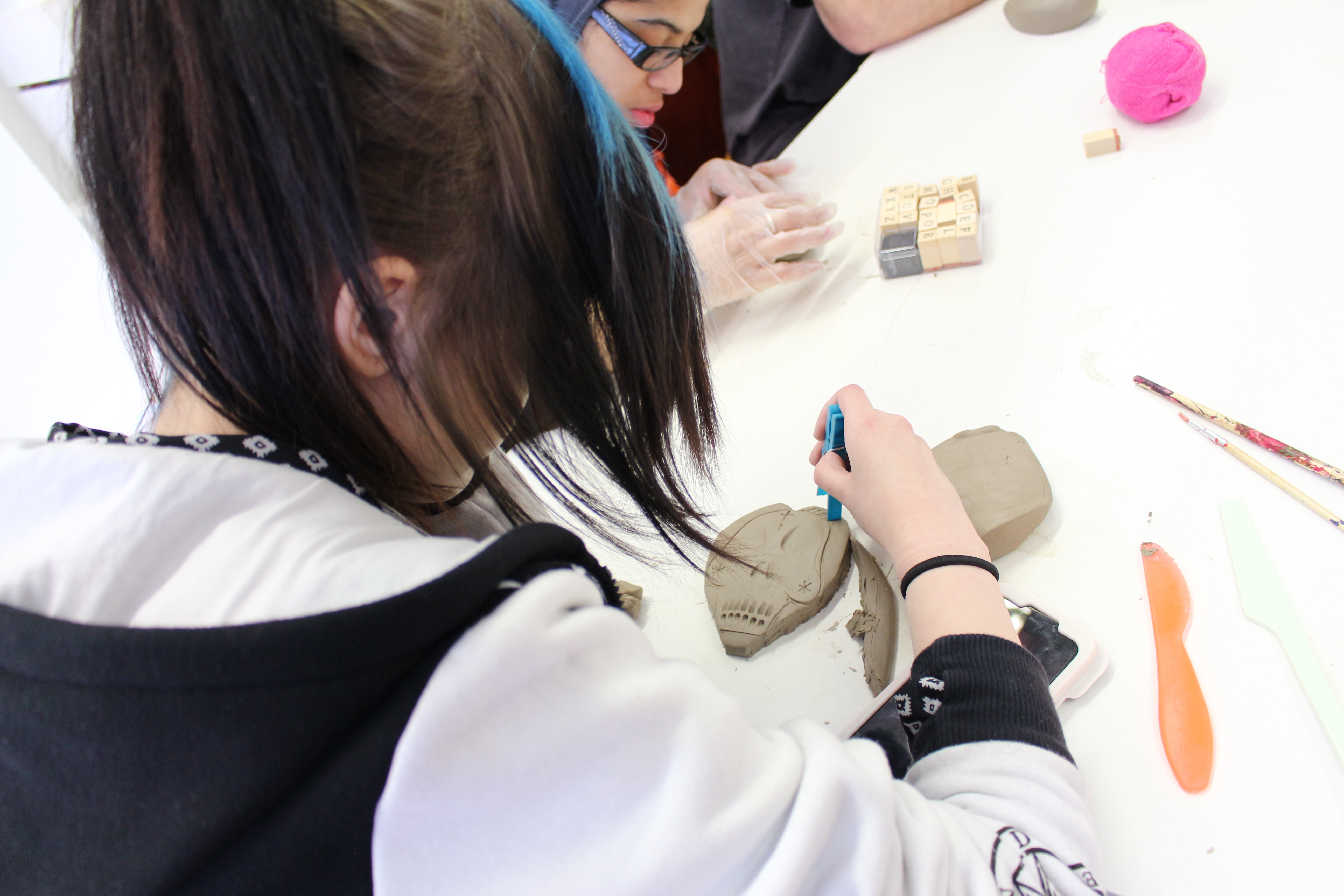 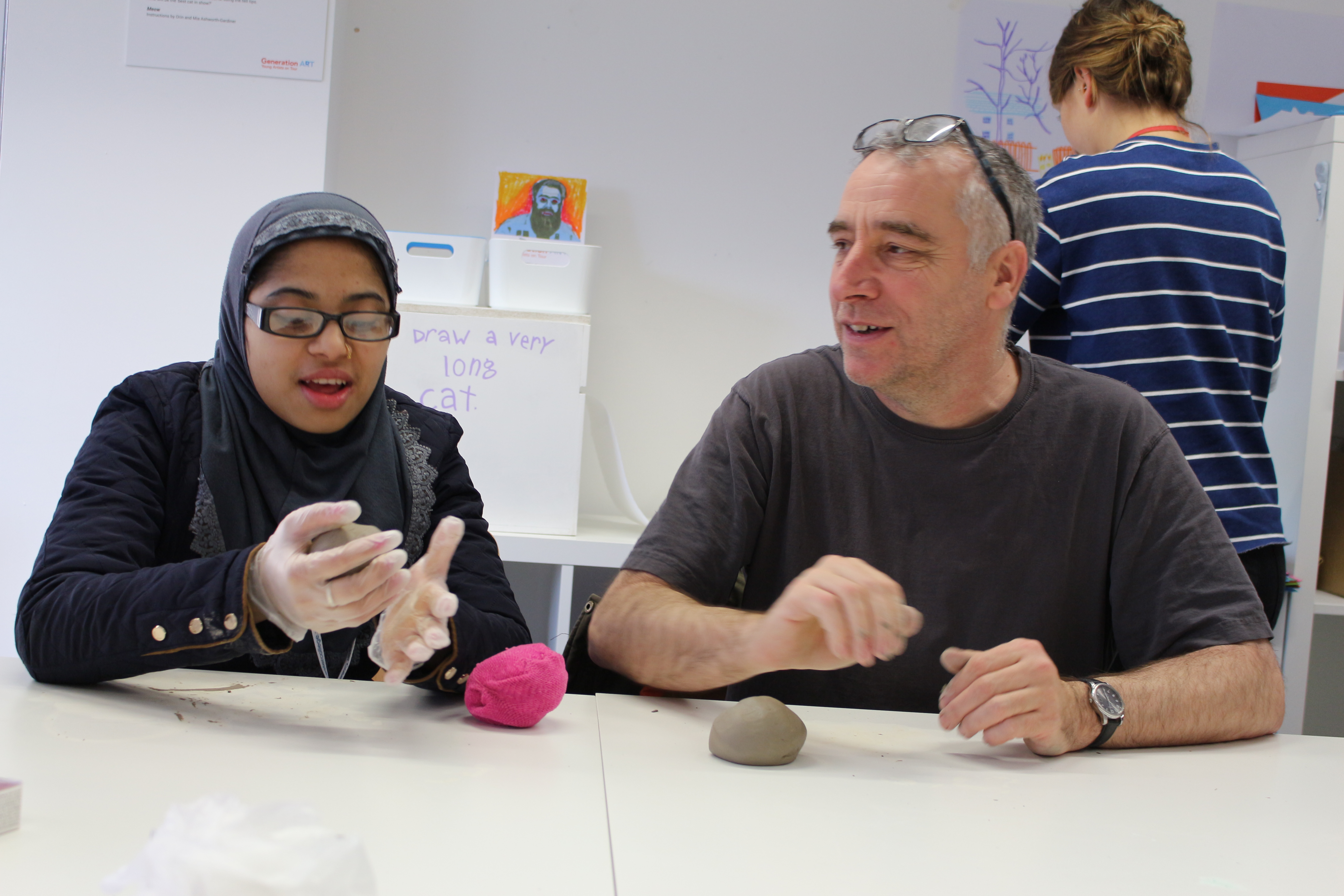 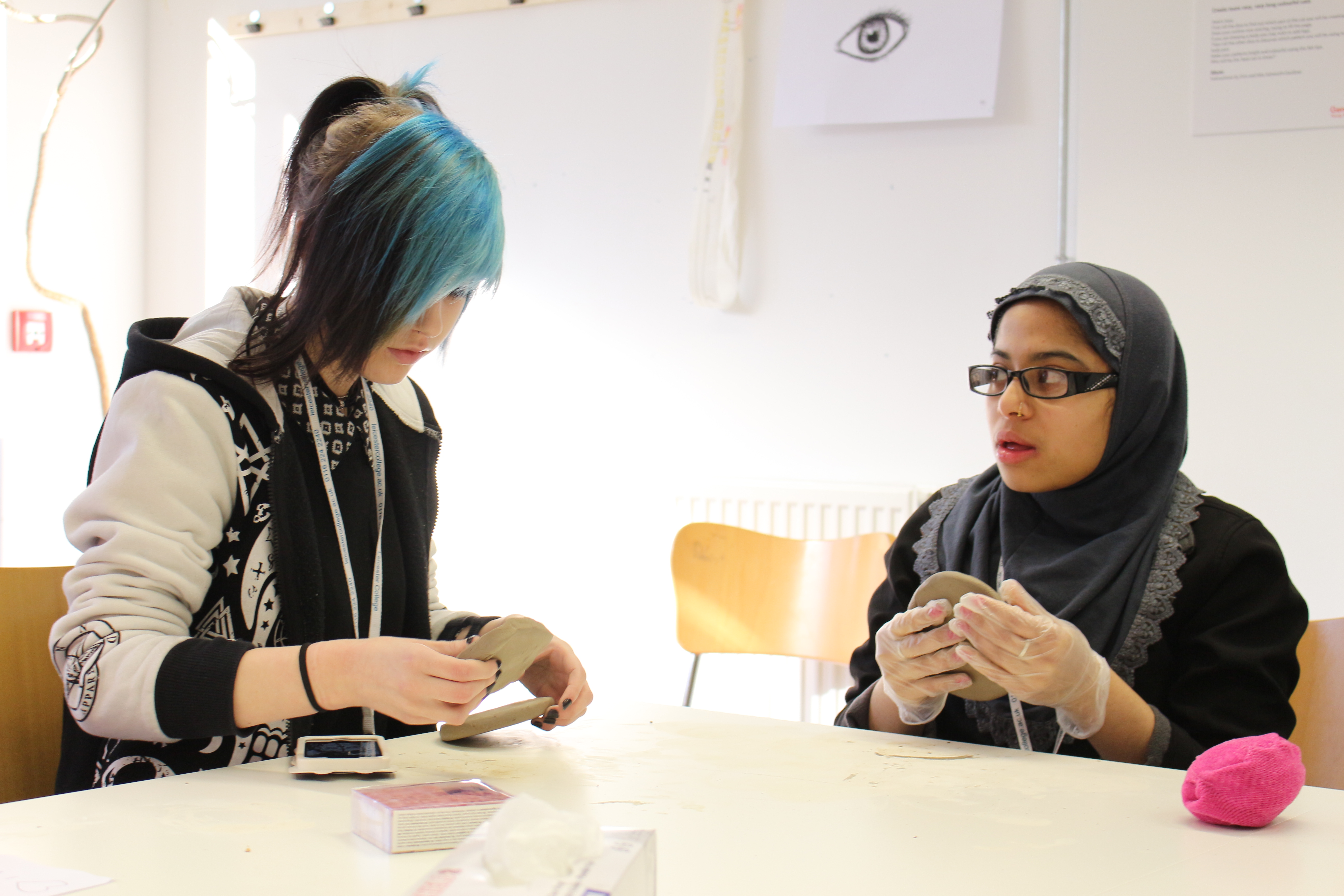 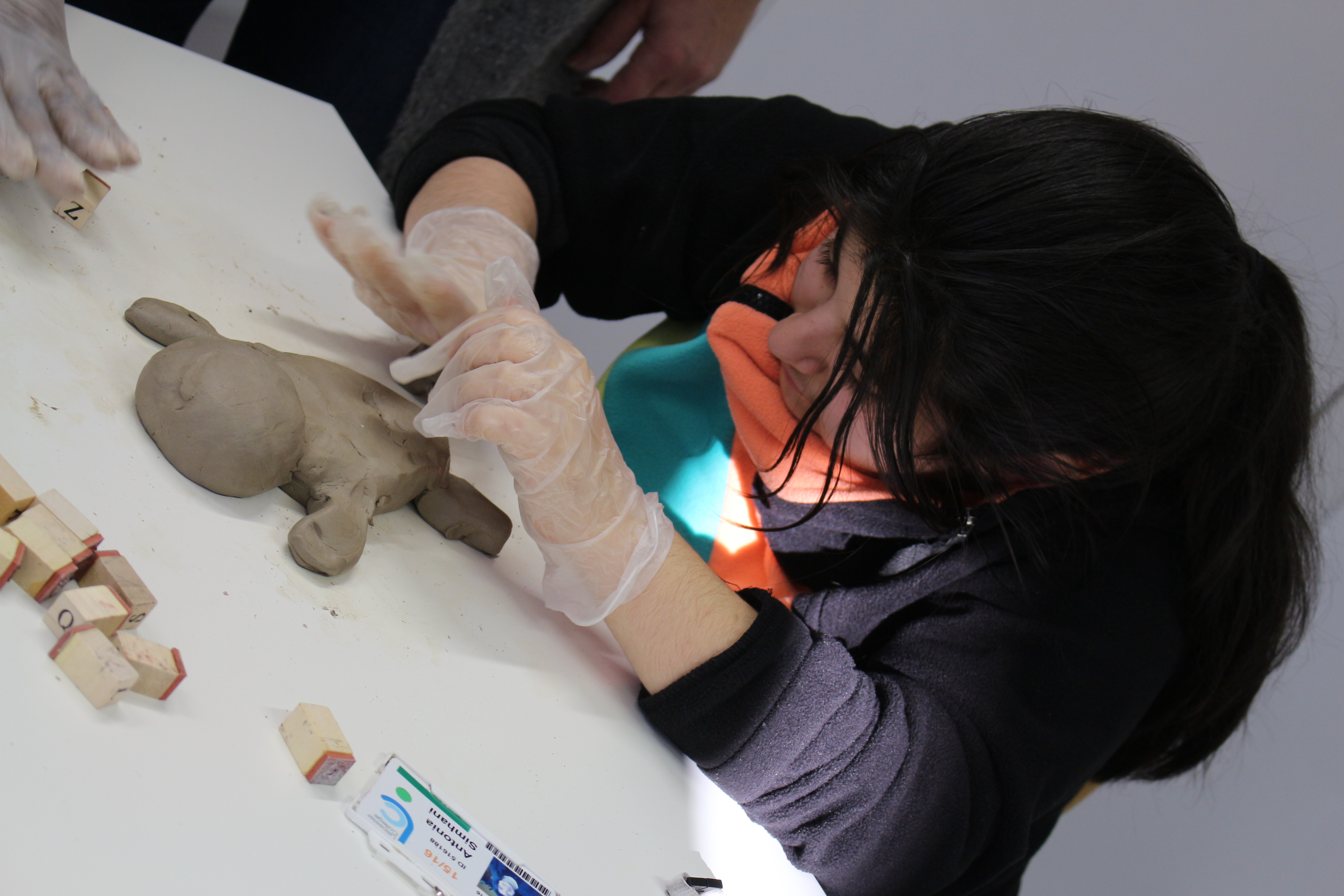 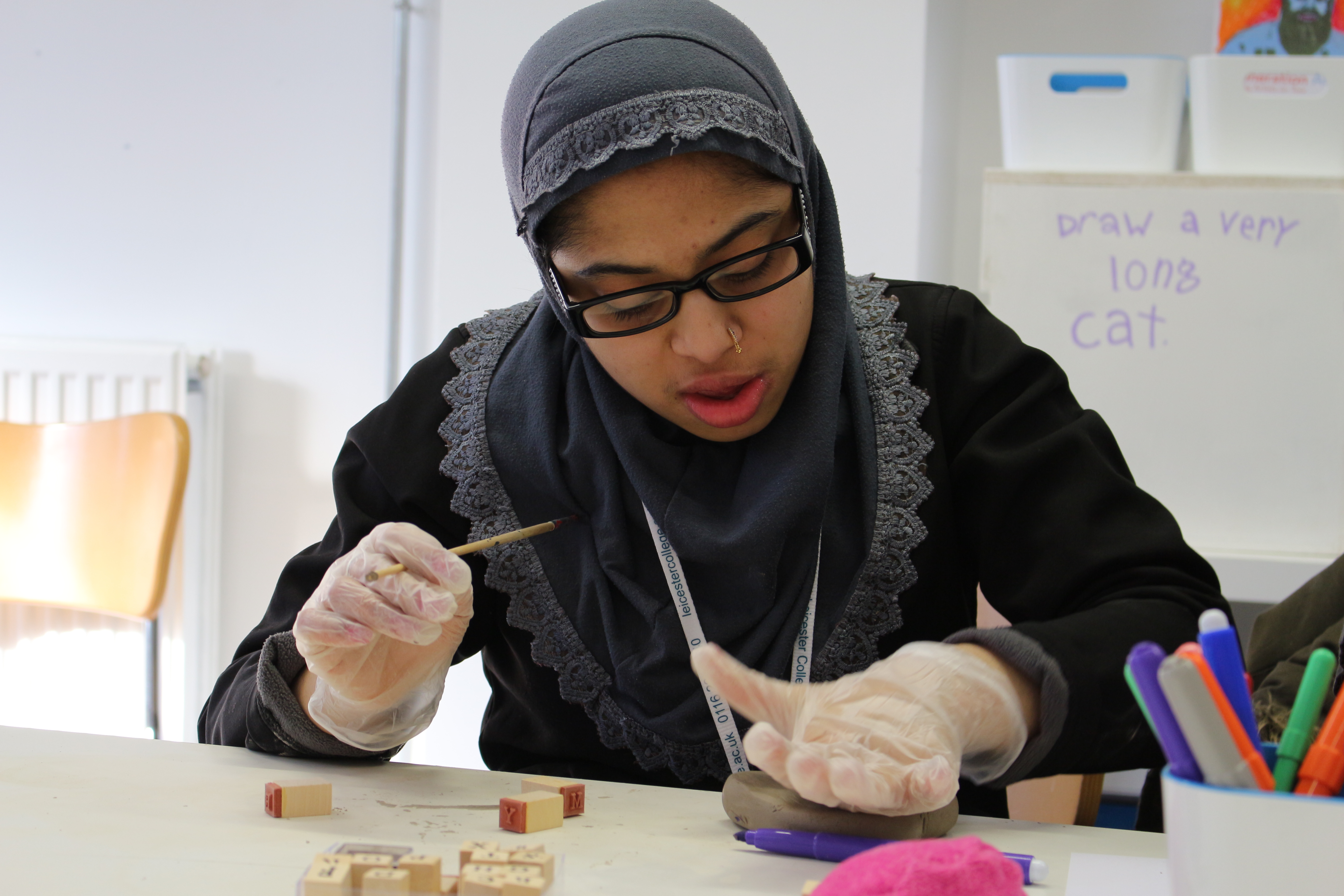